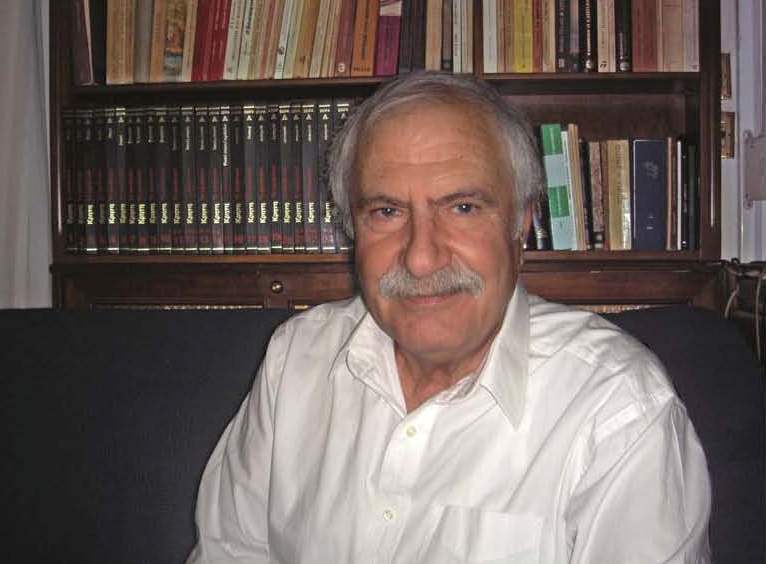 Professor Emeritus of the Department of Surveying and Geodesy, Aristotle University of Thessaloniki. He was born at Chania of Crete on the 17th of June, 1944. He obtained his B.Sc. in Physics from the Aristotle University of Thessaloniki (1968) and the Ph.D. in Astronomy from the Karl-Rupprecht University, Heidelberg, Germany (1979). He has worked as Assistant (1971-79) and Chief-Assistant (1980-81) at the Laboratory of Geodetic Astronomy, Aristotle University of Thessaloniki, as Guest Scientist (Doctorate level) at the Max-Planck Institut Fuer Astronomy, Heidelberg (1976-78), as Lecturer (1982-83) Assistant Professor (1984-1991) and Associate Professor (1992-1995) at the Department of Surveying and Geodesy, University of Thessaloniki, before elected at his current position (1996). His scientific interests include Astrophysics (Variable stars: M-C-S Mira Variable, Flare Stars; Photoelectric Photometry, Stellar spectroscopy) and Applied Geophysics (Variations of various physical parameters of near earth surface, atmosphere, Ionosphere in relation to tectonic activity). He has published more that 65 scientific papers in refereed journals and more than 55 papers in conference proceedings and special volumes / books. He was elected Director of the Department of Surveying and Geodesy (1994-1995). He has served as a Member of the Hellenic National Astronomical Committee (1983 and 1999-2001); Member of the Directive Board of HELAS (1994-1998); Secretary of IWG of EGS on Natural Hazard (responsible of Earthquake Hazard) (2000-2003); Secretary of IWG (now Division) of EGU on Natural Hazard (responsible of Earthquake Hazard) (2003-now); Member of the Scientific Editorial Board of the International Journal “Natural Hazards and Earth System Sciences” (2001-now). He is a member of the International Astronomical Union (IAU) Founding member and for four years member of the Council of the Hellenic Astronomical Society (Hel.A.S.), the European Astronomical Society (E.A.S.) and other societies (EGU, IASPEI, ESC, Natural Hazard Society, Union of Greek Physicists).
(Show less)