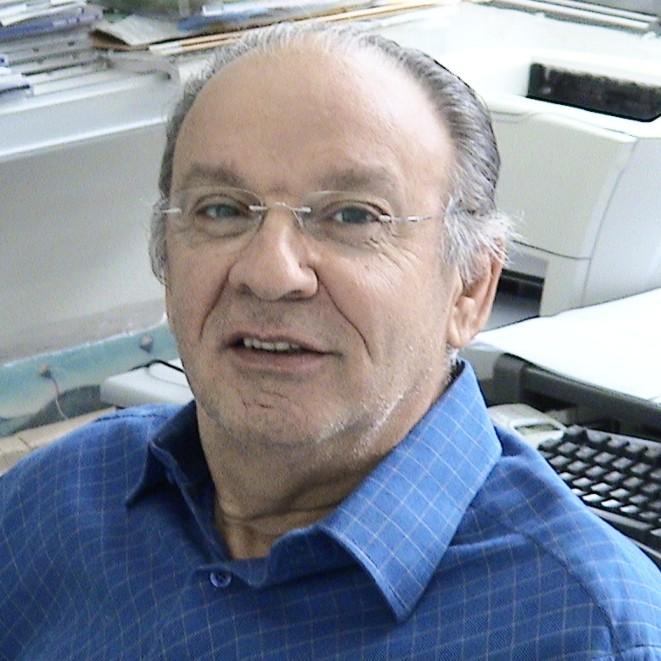 Born (1944) and raised in the magnificent Caparaó Mountains (MG). Had his interest in chemistry and biology revealed by the high school teachers Mrs. Ilza Campos Saad (1956-1959; Manhuaçu, MG) and Dr. Marcio Esteves Moura (1961-1963; Universidade Rural de Viçosa, MG). After receiving a BSc degree in Chemistry from the FFCL-USP (1968), he continued with graduate studies (1969-1972) supervised by Professor Giuseppe Cilento describing a chemical model for ATP synthesis at the site I of the respiratory chain. For postdoctoral studies, worked with Prof. Emil H. White (Chemistry Department, Johns Hopkins University) on the conversion of colchicine into lumicolchicines in corms of Colchicum autumnale ("photochemistry in the dark") (1974-1975), and, subsequently, with Dr. Thér`ese Wilson as a Research Associate (Biological Laboratories, Harvard University) (1975-1976) on dioxetanes, the putative "energy rich" intermediates in bioluminescence and chemiluminescence. Between 1977-1980, returning to Brazil, concentrated on the chemistry of dioxetanes and their intermediacy in peroxidase-catalyzed reactions. In 1979, was granted the title of "Privat Dozent" at the USP. From 1980 his interest was extended to the bioluminescence of click-beetles (Elateridae) and railroad worms (Phengodidae). The field work with luminescent beetles in the Parque Nacional das Emas (GO) and in the Atlantic Forest opened two avenues in his life: environmental protection and naif painting. Concurrently, since early 80's, his attention also focused on the chemical sources and the noxious behaviour of molecular oxygen-derived free radicals in biological systems. He studied the involvement of free radicals in the methemoglobinemia associated with air pollution (Cubatão, SP), in the neuropsychiatric manifestations of schizophrenia, maniac-depression, acute intermittent porphyria and saturnism, and in oxidative stress triggered by strenuous physical exercise. All this work had the participation of several graduate (14) and undergraduate students, four post-docs and many Brazilian and foreign researchers. His contributions to the areas of bioluminescence and oxidative stress (98 publications) led him to the position of Full Professor in Biochemistry of the IQ-IUSP (1990). He was also nominated as a Fellow of the Oxygen Society (1994), the American branch of the International Society for Free Radical Research, awarded a Guggenheim fellowship (1996), and acted as guest editor of special issues of Química Nova and Ciência e Cultura dedicated to the discussion of frontiers in environmental chemistry and free radicals in biology and medicine. There is also his participation in the foundation (membership nº 3) and consolidation of the Sociedade Brasileira de Química (SBQ), being its President in 1988-90. Since 1996, is one of the SBPC councilors and associate editor of the Ciência e Cultura .